What does swelling in my foot and ankles mean?

Swelling occurs at some point in our feet and ankles, and at times it can be very uncomfortable.  Sometimes it may not be uncomfortable, but you notice it and wonder why it is happening.  It is important to find out why the swelling is occurring and it is important to find out how to solve problem and make sure it is not a symptom of a bigger medical issue.  Swelling in your feet can be due to a number of reasons:

-  It could be trauma to the area, which needs immediate attention to make sure there is no fracture or sprain.  Swelling, or edema, occurs in the area of the foot or ankle that is injured.  It occurs as there is inflammation and bruising in the area of the injury due to a hematoma, or bleeding within the soft tissue.  The area is filled with fluid and in addition, cytokines, which are the body's healing chemicals, are released into the area.  The trauma may not be a broken bone but may be damage to the soft tissue, such as damage to a ligament or tendon, which can also cause swelling and edema.   Rest, ice, and compression will help with the edema.  Ice is a natural analgesic and decreases the inflammation in the area of trauma. 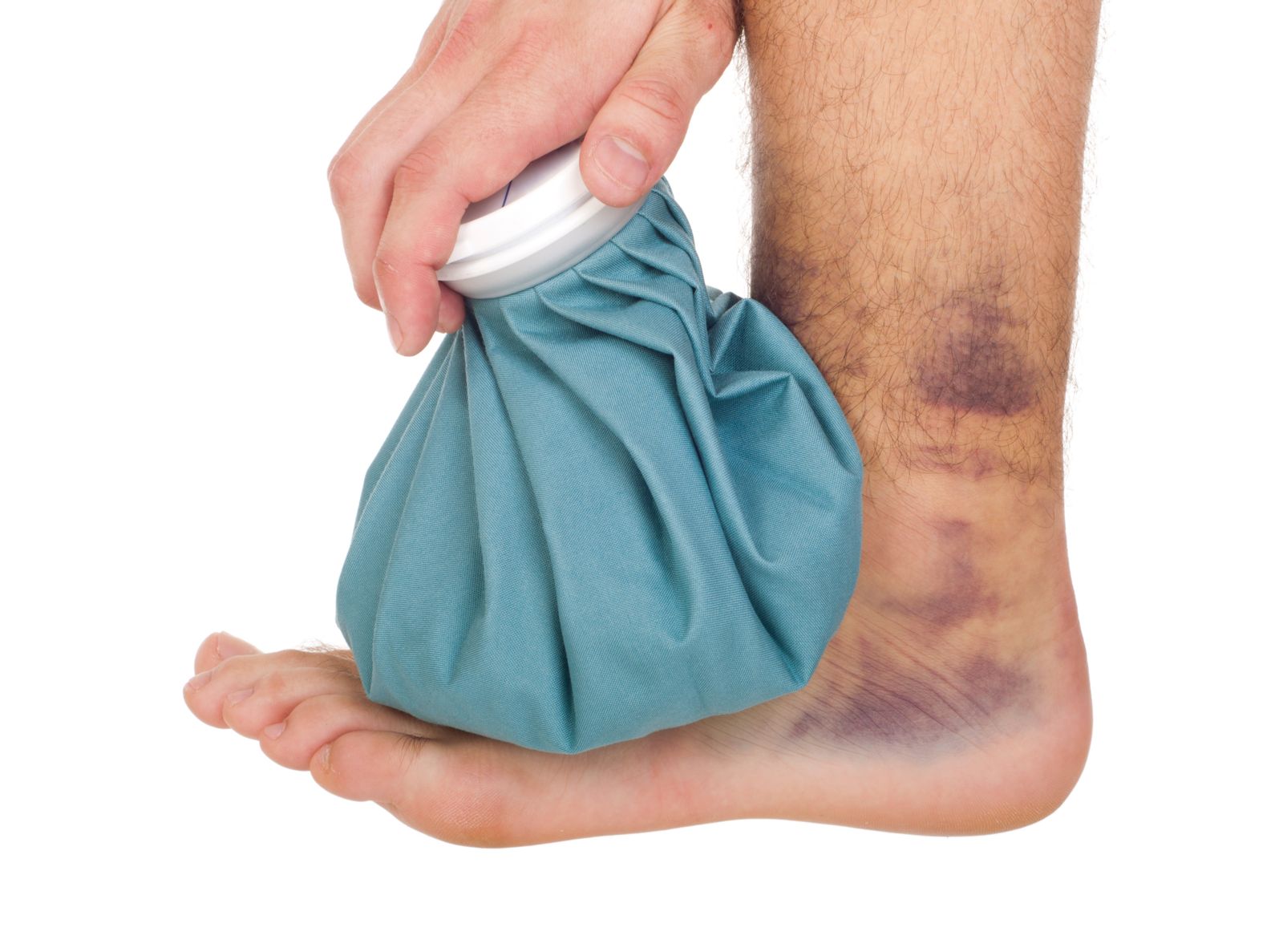 - It could be an infection.  Swelling in the toe that can travel to the foot or redness and swelling near an open wound can indicate an infection, which can cause swelling and pain. This also needs immediate attention. An infection can be from something as simple as an ingrown nail or a foreign body, or sometimes you may not know the source of the infection as it can also occur without an open wound and appears in conjunction with a cellulitis, or superficial skin infection.  The swelling is the body's reaction to the bacteria causing the infection and an inflammatory response where there is an increase in the number of white blood cells to the area.  An infection needs immediate attention and most often is treated with oral antibiotics.  In some cases if there is purulent drainage or a puss pocket, the physician may need to perform a procedure called an incision and drainage or may need to be placed on IV antibiotics to fight an infection.

- It could be due to gout.  A red, hot, swollen big toe joint (gout occurs most commonly in the big toe joint) can indicate an active gouty attack. A gout attack occurs when your body has an increased concentration of uric acid in the blood.  Uric acid is a by product of the break down of certain foods that tend to be high in protein. 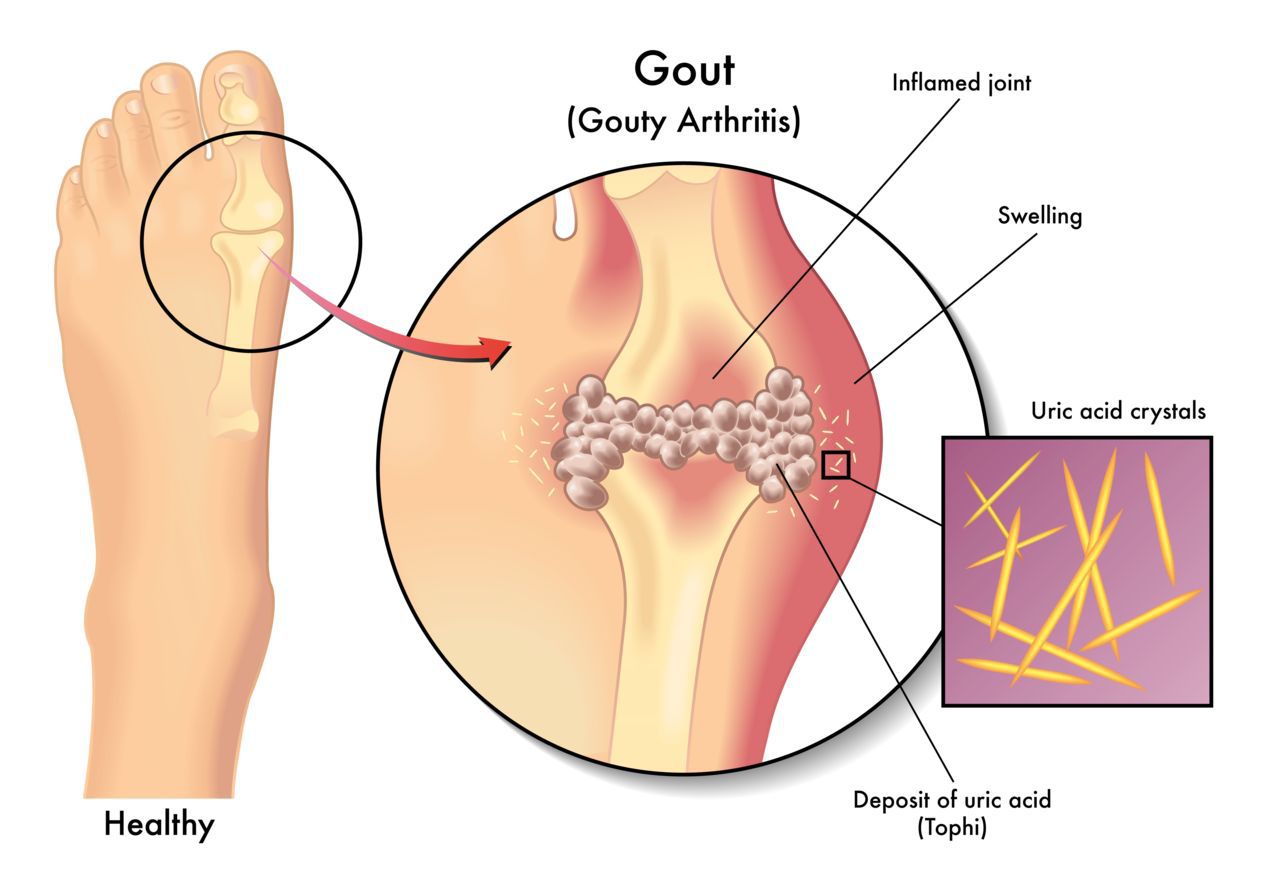 The uric acid concentration can occur if the person is an over producer of uric acid, or an under excretor.  In either scenario, the uric acid builds up and causes deposits of gouty crystals in certain joints. In the foot, it happens to be in the big toe joint although gout attacks can really happen in any joint.  If you experience joint swelling in a joint of your foot and it is accompanied by redness and extreme pain, consider that it may be gout. If this happens, medical attention is needed. Your doctor may order a uric acid blood test to rule this out and treat the condition with a medication called colchicine and a very strong oral anti inflammatory medication or an oral steroid. 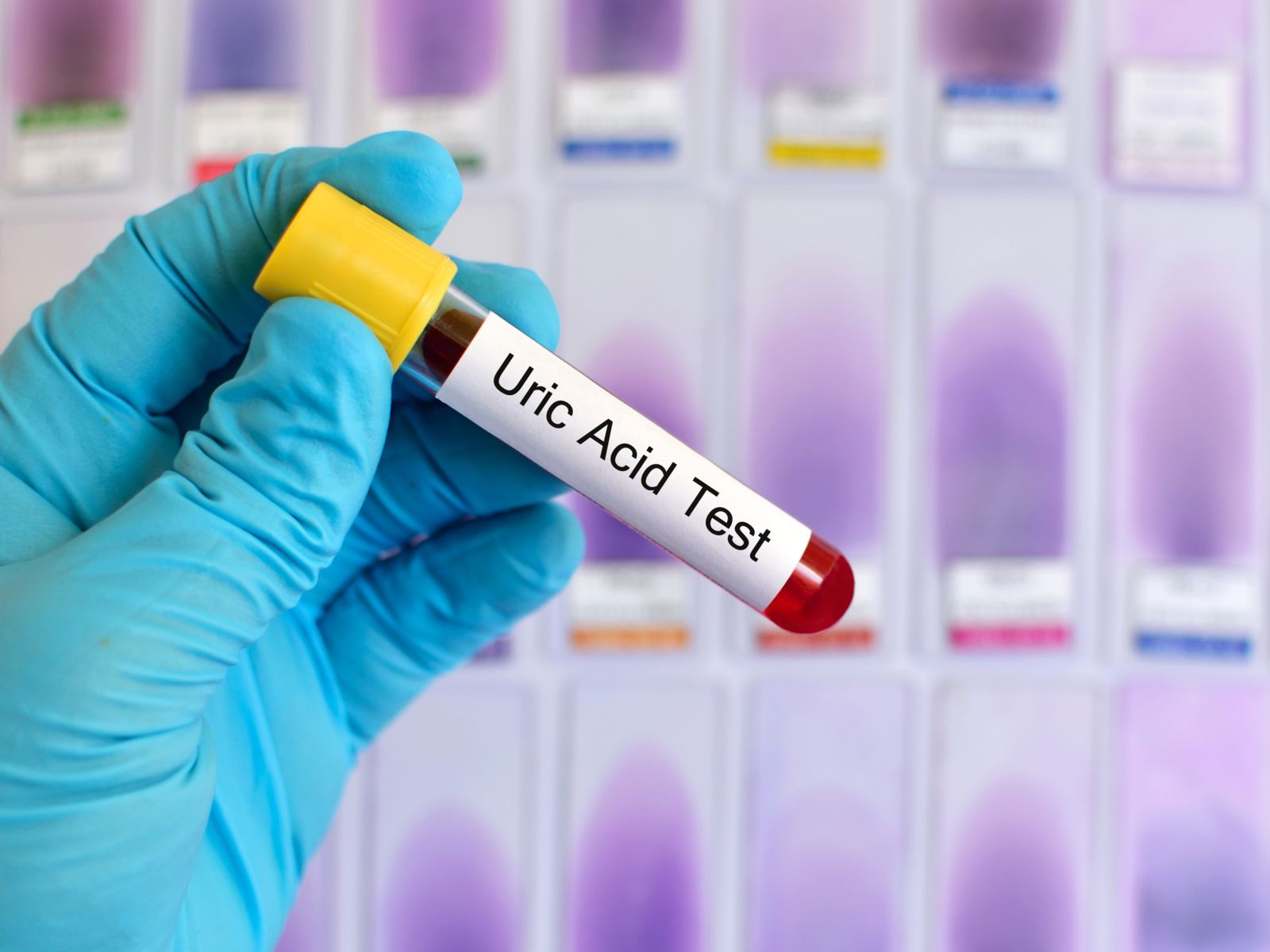 -It could be due to diet.  Many of our patients are sensitive to sodium retention, and this can manifest itself in a swollen foot or ankle. An increase in salt by eating salty and processed foods may cause swelling in the foot and ankles. Beware, as salt and sodium retention can cause an increase in blood pressure as well.

-It could be due to decrease in venous circulation.  If you have circulation issues, especially on the venous side or vericose veins, it is important to speak with your doctor regarding compression stockings and if this could help you. 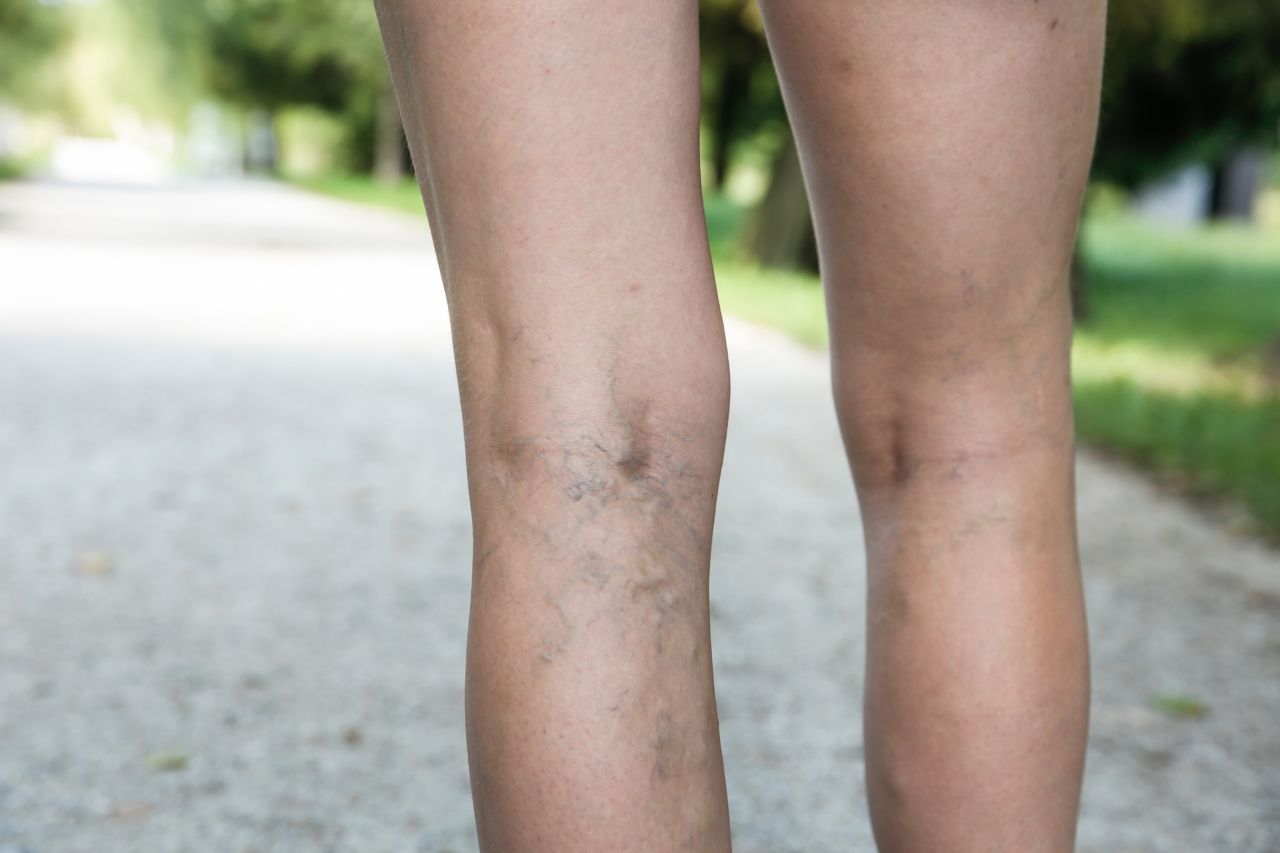 - It could be due to a medical issue such as heart disease where oral medications are needed to help decrease the swelling in the foot and ankles.  Speak to your PCP or cardiologist regarding this issue. In some heart conditions, fluid builds up around the heart as the heart muscle itself may not be pumping blood as efficiently as it could.  This fluid not only builds up around the heart, but fluid ends up pooling in the feel and ankles as well causing pitting edema.  Pitting edema is different than regular edema as pitting edema is measured by palpating the ankles and lower extremity.  When you try to palpate the skin around the ankles and feet and it leaves an indentation and the skin does not easily rebound back, then this is considered pitting edema. 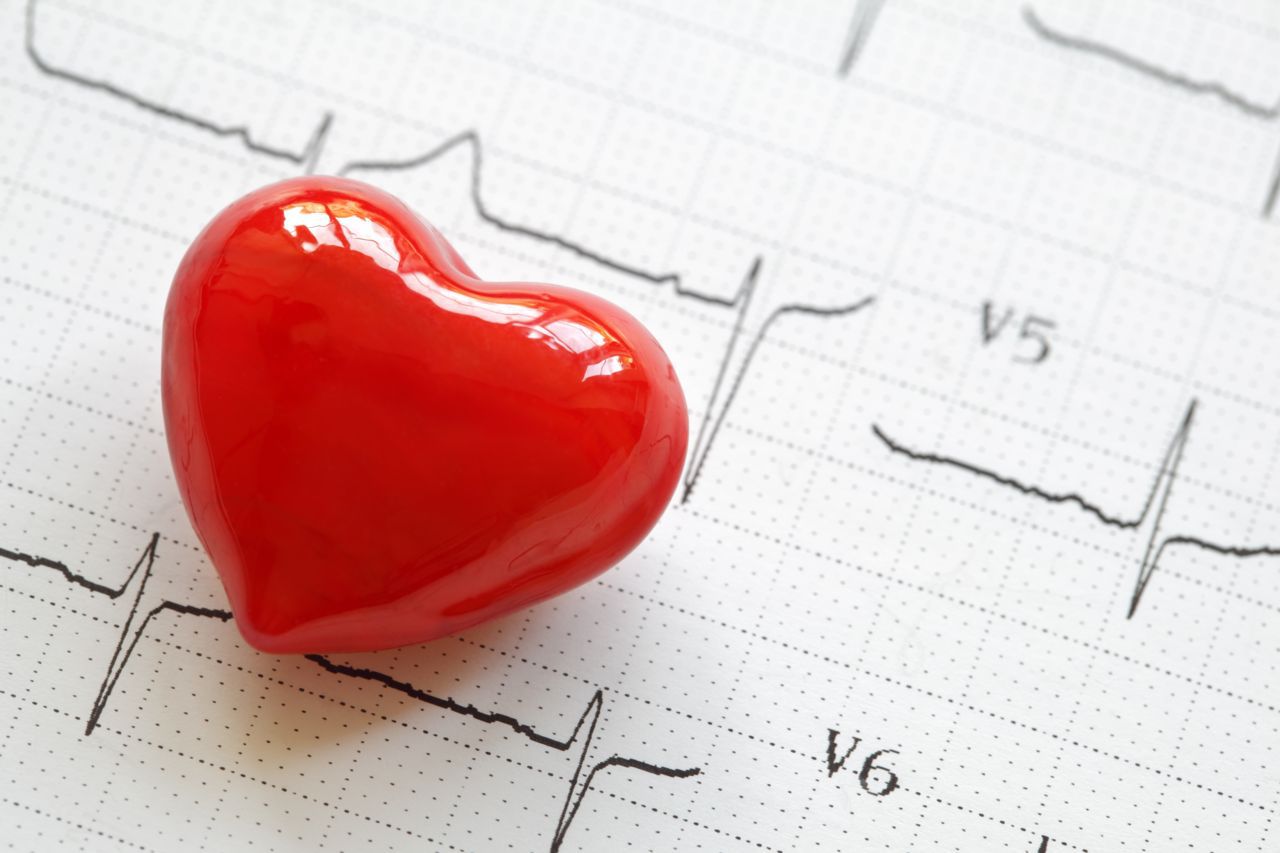 -It could be due to a DVT, or deep vein thrombosis/blood clot in the leg.  Arteries are the vessels that transport oxygenated blood from your heart to the extremities, and veins are the blood vessels that return the deoxygenated blood back to the heart.  This system of veins often goes against gravity with one way valves, and they are often insufficient.  Certain conditions can cause a blood clot in the vein, such as immobilization due to injury or even due to traveling, post surgery, due to a blood clotting disorder, or sometimes out of the blue. The swelling in the foot and ankle sometimes presents with pain in the calf, redness up the leg, and shortness of breath, but sometimes there is no concurrent symptoms at all except swelling out of nowhere.  If these symptoms occur, is is considered a medical emergency and you need to contact your doctor and you may be sent to the Emergency Room to rule this out. If not treated, it can lead to the travel of the blood clot to your lungs or brain. 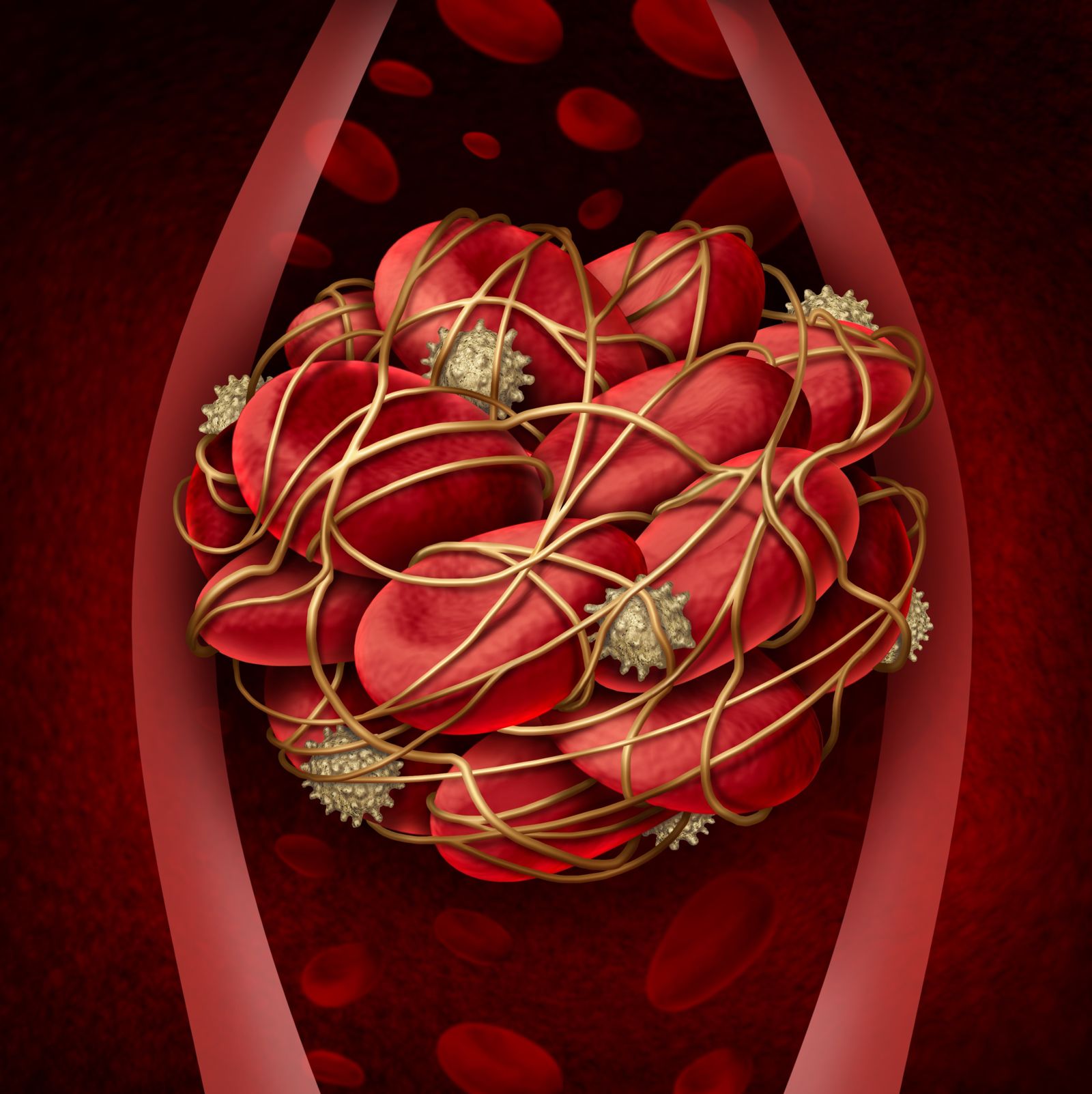 Regardless, swelling in the feet is not normal and should be checked out. Sometimes swelling and edema can cause pain, and this is a reason to have it examined.  You also want to make sure it is not an indication of something that can be very dangerous or life threatening. There are many causes and thus many different treatments, but it is important to know that it should be examined to make sure it can be treated in an efficient manner.