Read on to learn more of the in's and out's of custom orthotics.

When you come in for pain in your feet, often a custom orthotic will be recommended. The reason for this is to correct the positioning of your foot which is likely a large contributor to why you developed pain in the first place. Custom orthotics are inserts that slide into your shoes. When you breakdown the components in a custom orthotic, you will see just how customized these can be made. 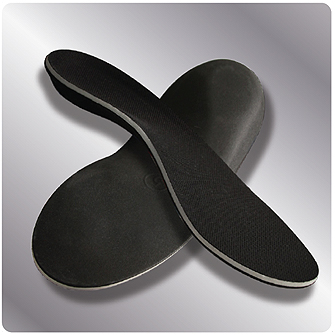 Unlike over the counter inserts for your shoes, custom orthotics are designed based off of a cast impression of your foot. Our staff uses fiberglass slipper casts. After a protective bag is placed over your foot, the slipper cast is applied and while you rest (ideally relaxed) our staff holds your foot in a position we call Subtalar joint neutral. This position describes that a joint in the hindfoot area is aligned properly. The subtalar joint in a neutral position often corrects other areas of foot abnormalities which means that when the cast is complete and dried and removed from your foot, it represents your foot in its own optimal functioning position. The foot compensates from one joint to the next for any imbalances or abnormal joint positions, so casting this way is essential. If you have had your feet scanned on a plate or walked across a mat, these methods will gain an image of your foot, but in a position that is representing compensation your foot is already doing – likely that compensation which lead to your foot complaint. 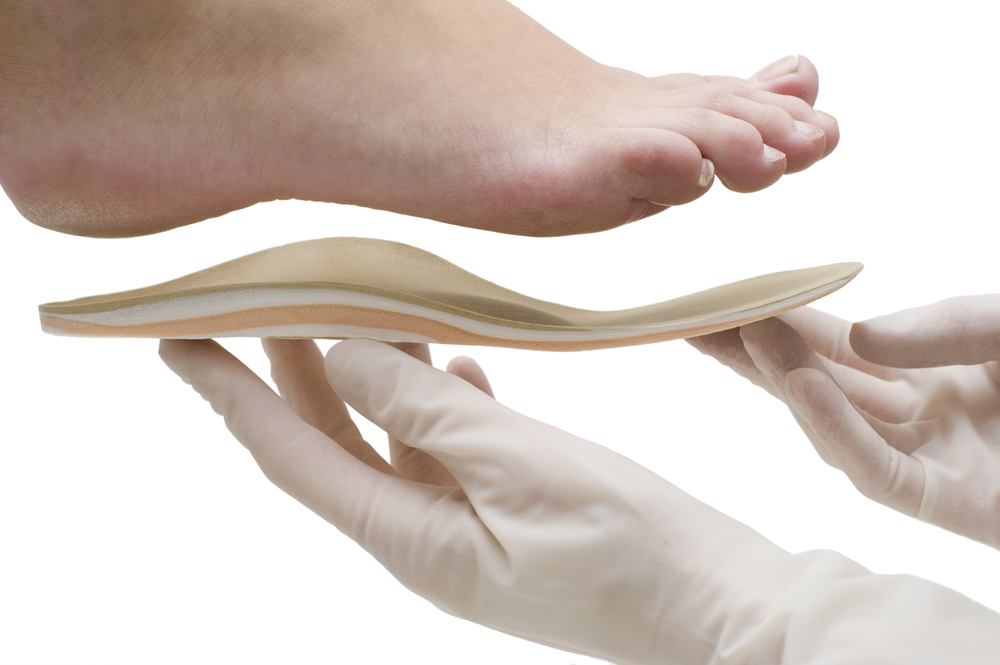 The most important part of a custom orthotic is called the shell. The shell of a custom orthotic is the harder plastic portion that runs from underneath the heel to just before the ball of the foot. To customize this portion of the orthotic, we start by selecting the material to make this out of. There are different levels of rigidity or hardness of the orthotics and they are usually made of plastic, though in some instances foams or cork can be used. Another way that the shell can be customized is by ‘posting’ the orthotic. Posting the orthotic means that the orthotic is leveled either with extra material around the heel or the material is beveled with the insert in a particular position to keep the heel as close to straight up and down as possible. 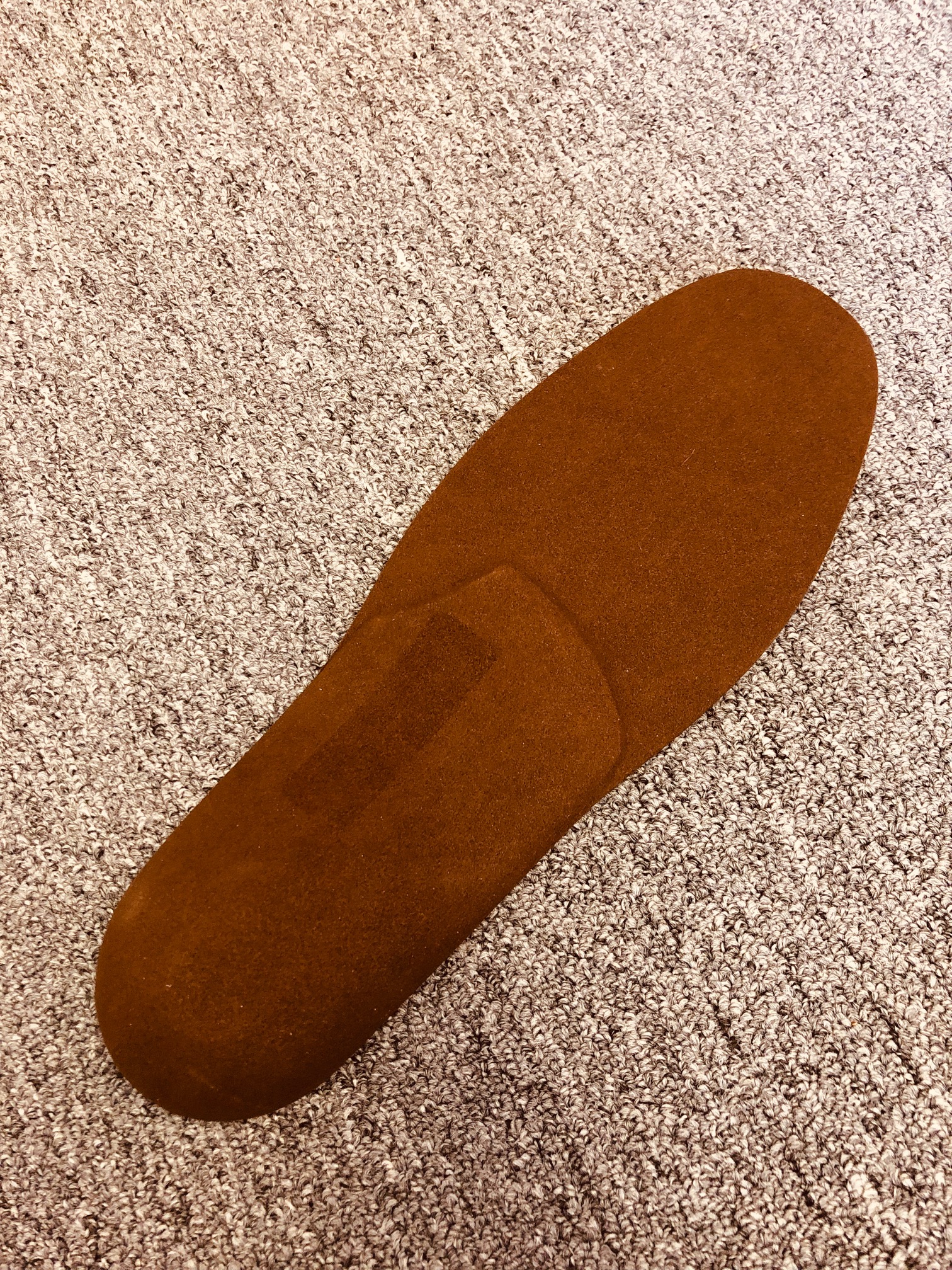 There are a few modifications that can be made to the shell of the orthotic. We start with simply identifying whether the orthotic should contact the arch fully (more corrective and more aggressive), slightly, or if it should be slightly lower than the arch impression in the cast. For patients with a lower arch structure as well as those with issues in the big toe joint, the inside aspect of the orthotic may be cutout to allow better function through the arch and big toe joint. This modification is called a first ray cutout.  For patients who have no motion in their big toe joint or the motion is the cause of pain, the hard shell of the orthotic can be extended under the big to joint. This is called a morton’s extension. The heel portion of the shell can offer more control of the motion in the foot if it is made deeper, and if this modification is ordered it is called a deep heel seat. 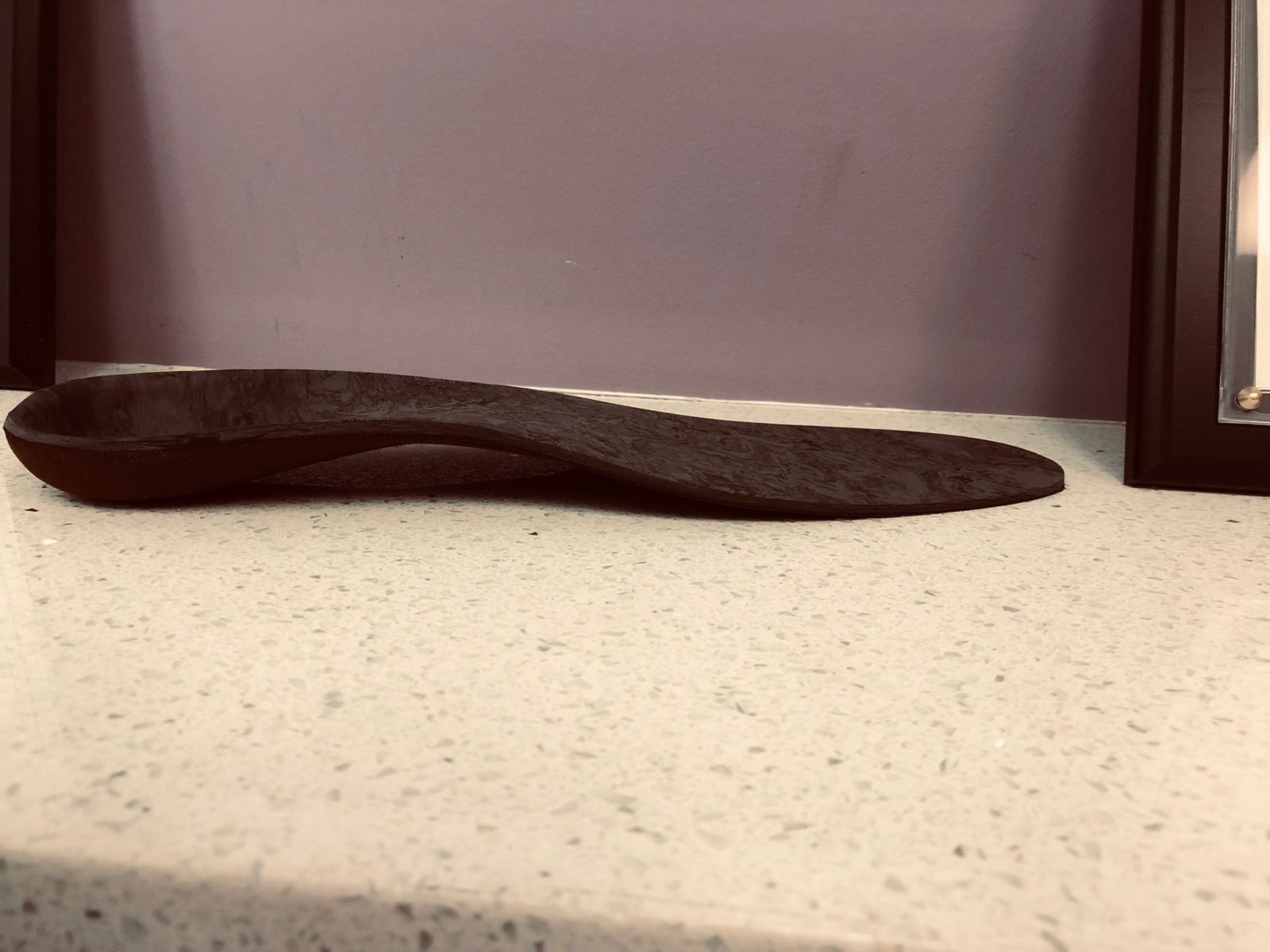 Along the bottom of the orthotic, we often recommend a bottom cover. This is when a thin material is adhered to the entire bottom surface of the orthotic. It often times helps to reduce noise that the orthotic makes in the shoe and is also helpful to reduce the wear of the orthotic when it is moved from one shoe to another frequently. We often make this bottom cover out of microcell foam or suede.

On top of the plastic shell of the orthotic, most people are more comfortable with having some cushion and what is called a topcover. The topcover provides some shock absorption and when made the full length of the orthotic it lessens the stepoff you may feel when standing on the orthotic. For a more athletic style orthotic, neoprene is a great topcover. It provides a rubberized cushion and has a more fabric type material that is closest in contact with your foot/sock. Microcell provides some shock absorption, but tends to bottom out (or squish down) sooner. For patients who wear their orthotics in causal or dress shoes, they may select a topcover made of Naugahyde (like leather) or suede, in order to save some room in the shoes. 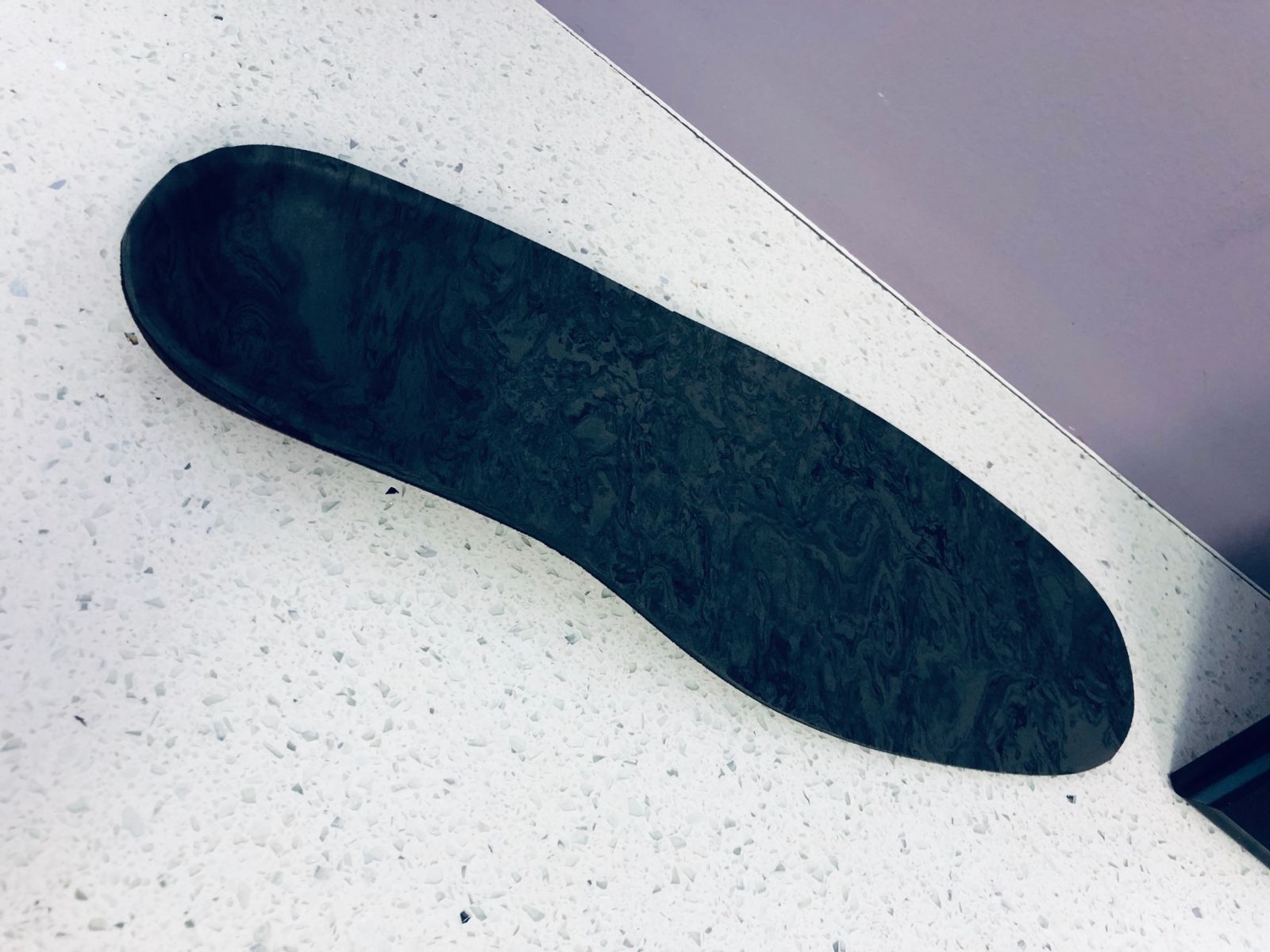 There are also a variety of modifications in terms of pads that can be added to orthotics. Here are a few of the more common types. In the heel, for those lacking their natural fat pad, a portion of the shell itself can be removed and a gel or foam can be inserted to this area, reducing the hardness felt in the heel of the orthotic. Patients who suffer from forefoot pain may benefit from and MT (metatarsal) pad. This is a tear-drop shaped pad that is placed just behind the ball of foot area and helps to offweight the forefoot area when walking and standing. Extra arch padding can also be applied under the topcover, which allows a more streamlined device but with a little extra boost of support.

As you can see, custom orthotics are incredibly customizable. Our goal is to make an orthotic for you that you like so much you don’t want to go without it! We consider not only the foot condition you are being treated for, but also the types of activities you will be doing in your orthotics, the shoes you are most likely to wear them in and how well you may have tolerated previous padding. Custom orthotics are the most aggressive conservative treatment for musculoskeletal conditions in the feet and are critical in preventing future flare ups of pain. IF you have other questions about custom orthotics, feel free to peruse our website, or call to make an appointment with one of our doctors.