Will it take longer to get rid of warts if I have more than one?

Because there is little predictability with how virulent (or stubborn) a wart or group of warts is on any given person's foot, this is a tough question to answer.  In some instances one wart can be stubborn enough that it takes months to get rid of.  In some instances a group of two or three warts can be treated once at the doctors office and go away within a week or two.  So it really doesn't come down to the count.

The battle of you versus the wart is exactly that - a battle.  Whoever is more stubborn will win the battle - you or the wart!  In our office, there are treatments performed every 2 weeks to the wart, but your participation at home in following the doctor's instructions make the difference as to how quickly the wart will resolve.

Another perk of the type of treatment at PPFAC is that it helps your body's immune system to identify the wart as an invader and this stimulates your body to get rid of the wart.  It is for this reason that we have occasionally seen a wart on the hand resolve after we have treated a wart or a few warts on the foot.  Similarly, if there is a very large conglomeration of warts (referred to as a mosaic wart) along with some individual warts on another area of the foot or on another foot (called satellite warts), the smaller warts will typically resolve more quickly after the mosaic wart has gone away.

With our wart treatment protocol, if there is minimal improvement in the warts after 4 treatments (2 months), we have additional treatment options to expedite the process further.  Your best chance at getting rid of a wart once and for all is to schedule an appointment with your podiatrist as soon as you notice the lesion.  Catching it early before there are more warts or the wart has grown helps to decrease your time until being wart-free again! 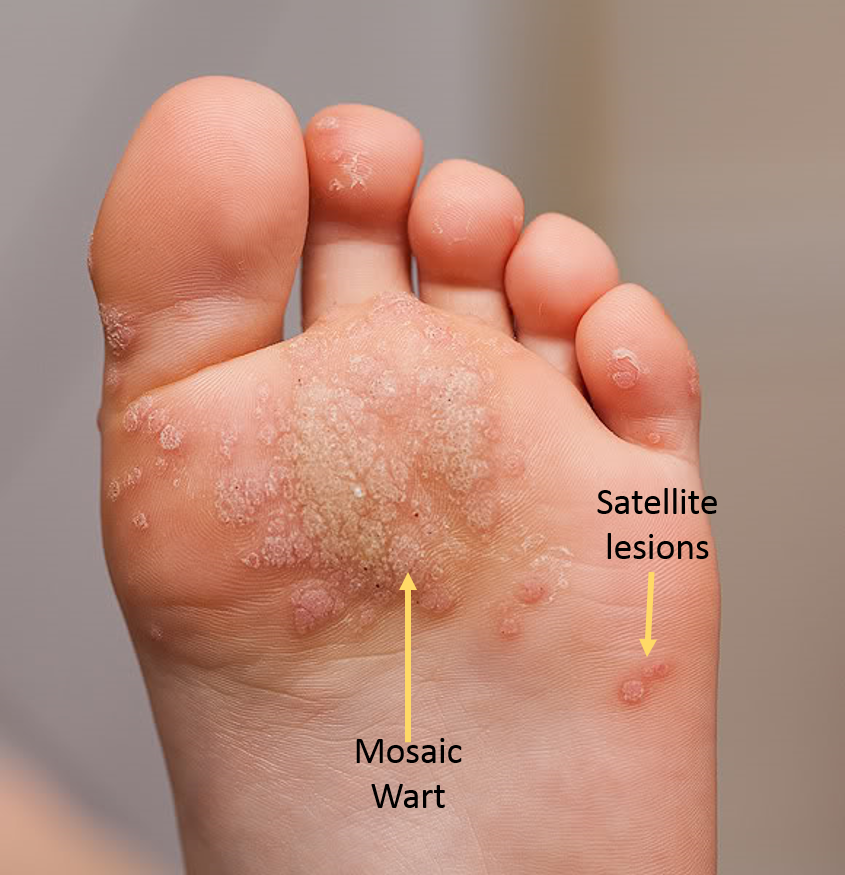