It has nothing to do with the re-creation of dinosaurs...

I finally got out a couple weeks ago to see the new movie, Jurassic World. Now, you may be saying "that's been out for a while!" ... Well I'm just proud of myself that I got out to see it before it went to RedBox.  Anyhow, as I said, I will not be spoiling the plot for you. I figure anyone who has seen a preview for the movie knows that there is a bit of running away from dinosaurs involved - actually, a lot.

This brings me to my point.  The most unrealistic part of this science fiction movie is one of the main character's footwear - as well as the fact that she doesn't ditch the footwear at any point during the movie. The lead female role in the movie plays a higher up for the Jurassic World park, impecably dressed. She is usually schmoozing potential investors and upon finding herself in the midst of a Jurassic disaster proceeds to run from, jump away from, climb around to hid from and dodge dinosaurs - all with her pretty lil' 5" stilettos. Good grief! Yea Right!

OK, spoiler alert now -- Not only does she not sprain or break her ankle, but she's able to walk away at the end without any swelling or limping. I think some women are just born with this innate ability to wear any kind of crazy shoe.  I, on the other hand, would be picturing my neuromas developing before I even step out for my day at work. 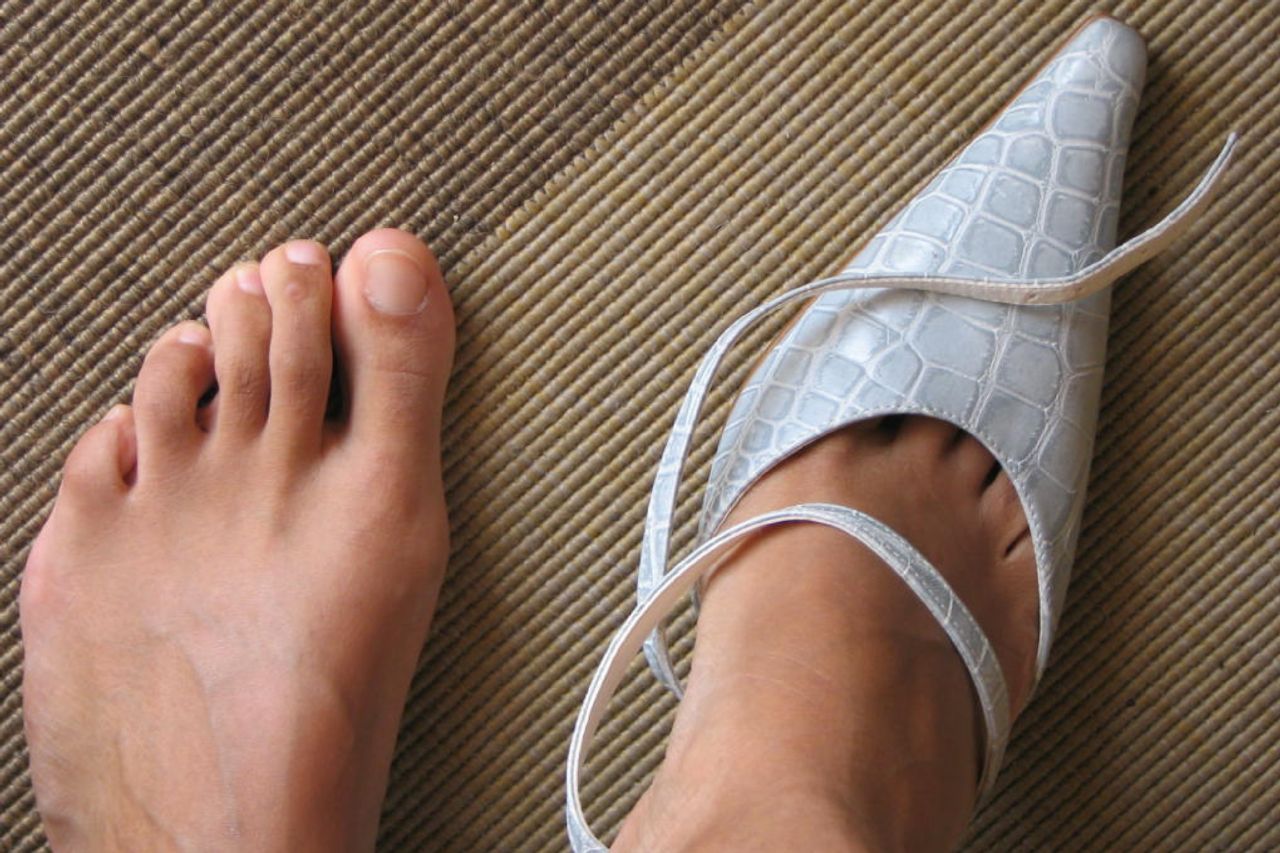